Menu
Search
Subscribe
Follow us
Menu
Follow us
Photo by Toa Heftiba on Unsplash
This post contains affiliate links. Affiliate disclosure: As an Amazon Associate, we may earn commissions from qualifying purchases from Amazon.com and other Amazon websites.

Johanna Nield’s ‘New Beginnings’ cuts to the core of the human condition as readers are embroiled in the fierce heartstring tug-of-war between a young woman and her recently-widowed boss. It’s a love she so desperately wanted but, now it has come, is starting to resist. While fiction, the novel ultimately empowers readers to put their own life choices on a pedestal, as well as consider the modern phenomenon of pouring one’s soul out online…

United Kingdom – When Johanna Nield first created the character of Natasha Arden, the confused heroine in her new novel, ‘New Beginnings’, her story began literally writing itself.
It’s a common admission from some of the world’s most popular and profound writers, as they sit back and watch their new story, characters and the world they live in piece together around them. But Natasha is no ordinary heroine – she’s a modern woman experiencing one of humanity’s most innate crises. 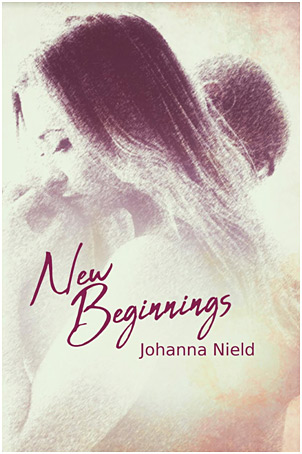 Contents show
Synopsis
About the author, in her own words
About the Publisher – Cranthorpe Millner

Natasha Arden loves music, food, sex, clothes (not necessarily in that order…) and her boss. Unable to tell anyone because he’s married, she pours her heart out in the only way she knows how: a private blog. Her feelings are tested when Jamie is suddenly widowed, and their relationship flips dramatically as he starts to lean on her for support. Once foot-loose and fancy-free, Tasha is now desperately trying to navigate a minefield of moral dilemmas and social taboos. Follow her story as she tries desperately to understand grief, love, loss and most importantly: her own choices.

“I started writing Natasha’s blog, and then it began literally writing itself,” explains the author. “I then found myself accepting an invitation to step into her world and, with so much to explore, I ended up with a powerful novel. It’s definitely a journey to the core of humanity’s desires, but told through an ultra-modern periscope.”

“It’s a book for fans of many genres – romance, suspense, urban fiction and others. And, according to the feedback I’ve received so far, it’s leaving readers with plenty to think about in their own lives.”

Indeed, reviews have been glowing. One reader comments,

“If you like a good book while having a glass of wine get this book. You won’t regret it! It’s a perfect book for a nice relaxing evening. This book has a lot of heart.”

“I’ve never kept a diary, struggle to understand what blogging is all about, but this book tells us a story by the means of very personal thoughts and feelings. It takes you on a journey, from unrequited love for someone out of reach, to fulfilment via loss, tragedy and compassion.”

The evenings are getting longer, meaning that there is not enough natural light for reading. Luckily, Amazon has great reading lights that will help you to enjoy your evenings with a book.

About the author, in her own words

Johanna Nield is my pseudonym; as a child I promised myself that if I’m ever fortunate enough to have my work published, then that is the name by which my readers will know me.

In real life, I’m a wife, mother, sister, daughter, grandmother. I work full-time as a Revenue Analyst with an international healthcare company, but I previously worked for a national children’s charity. It was a challenging and sometimes heart-breaking job but I loved it and the people I worked with partially inspired my novels. In my spare time I love writing, reading, Doctor Who, photography, Shakespeare, David Tennant and chocolate (not necessarily in that order). My love for my husband and family comes before all else.

I was born in St Asaph and have lived for most of my life in Rhyl, a seaside resort surrounded by hills on the North Wales coast. I attended Ysgol Emmanuel primary school and Rhyl High school, where the English teachers in particular were hugely supportive and influential. They nurtured my love of reading and writing, and I credit them with passing on their passion for Shakespeare, Chaucer, and many other inspirational authors. Having passed ‘O’ and ‘A’ Level exams in school, I am most proud of my First Class degree (BA) in English with Creative Writing, awarded in 2018 after six years of part-time study with the Open University.

I began writing for pleasure around the age of ten, when a beloved teacher introduced us to the concept of Creative Writing, which was added to the school curriculum at that time. By my early teens I was spending most evenings writing at the dining room table while the rest of my family watched TV. I wrote short pieces of prose, poetry, short stories, and what would today be recognised as fanfiction, but I never shared my work with anyone other than a school-friend.

I wrote my first novel in my mid-twenties. My battered typewriter – a mid-teen birthday present – was in storage at that time, so I wrote it long-hand in a series of cheap exercise books. After I’d finished it, I made several attempts to type it out and to edit it, and much later to update it as well, but for the most part it has languished in a box file marked ‘Novel’ ever since. It has a title – Loved and Lost – and I’m still quite proud of having written it, but I doubt it will see the light of day again.

In September 2008, I began sketching an idea for what was originally going to be a short story, by mid-October 2008 I had the outline for a novel, and by the following year I had written over 270000 words! The idea came out of nowhere. Tasha just seemed to take over my mind and wrote herself, and her blog, through me. Once we’d written a few entries of her blog, I sent her off shopping and sat down and thought about this new world that she’d opened up to me, and I wrote out a time-line and plan for the whole story. Somewhere around the middle of book two, Tasha wrenched control from me and the story ended up in a completely different place from that which I’d envisaged.

In March 2010, after encouragement from friends who had read it, I finally went public with the first part of the story and uploaded it to Authonomy, a Harper Collins site for aspiring authors. Under its then temporary title New Beginnings it attracted a lot of positive comments and support, and some very useful critical feedback which informed subsequent edits and re-writes.

Writing is, and always has been, a joy. Even if no-one reads my work, even if no-one enjoys it, I still enjoy the process and the escapism of emerging myself in new worlds and following these people – the people that I’ve created – along their paths. I hope you do, too.

About the Publisher – Cranthorpe Millner

Too many beautifully written books are rejected on a regular basis because the submitting author doesn’t have a strong enough author platform. The barriers for authors are getting higher and the publishing industry less discerning and more unscrupulous. It is important to Cranthorpe Millner that we can invite authors to publish with us based on the merit of the manuscript alone.

Contents show
Synopsis
About the author, in her own words
About the Publisher – Cranthorpe Millner 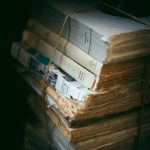 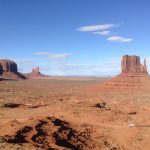