Menu
Search
Subscribe
Follow us
Menu
Follow us
Photo by Mark Autumns on Unsplash
This post contains affiliate links. Affiliate disclosure: As an Amazon Associate, we may earn commissions from qualifying purchases from Amazon.com and other Amazon websites.
From the multi-award-winning author, J.L. Crozier, ‘What Empty Things Are These‘ tells the moving and uplifting story of a woman and her maid in 1860s Britain, who attempt to find their voice and influence in a heavily patriarchal society. It’s a story that has won praise from around the world and, while wholly unintentional, proves how women then – and today – can advocate for equal rights against the odds.
When J.L. Crozer crafted ‘What Empty Things Are These‘, she intended to simply write a historical novel to celebrate the fierce and boundless courage of Victorian women. But, very quickly, she came to realize her latest release would also mirror the plight of women today.
It’s a novel that takes readers back to 1860s Britain and into the lives of a middle-class woman and her maid. They may be worlds apart in terms of class, but both come together to ignite the inextinguishable fire of equality. 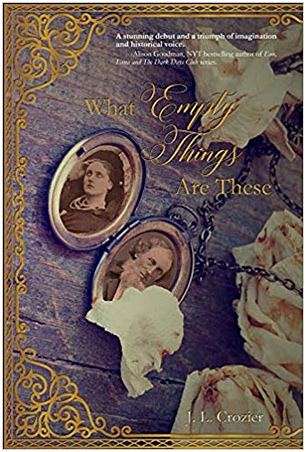 Contents show
Synopsis
About the Author:

In the 1860’s Britain, there is nothing unusual in a man beating his wife. When George Hadley’s aggression triggers his own stroke and coma, his wife discovers all she thinks of as hers is to pass to her young son Toby. Adelaide seems as powerless as her ladies’ maid, Sobriety.
Beyond the strictures of domestic and social expectation, these two women of different class remake the rules to discover what lies beneath the drapes and tassels of Victorian Britain. Life, they find, is urgent, exciting… but cheap. Even as they adventure into alleyways, a tunnel, and a séance, their innocence is gone.
What Empty Things Are These is about what happens to women who look into the face of this newly industrialized and still patriarchal age. Change is everywhere, exhilarating, corrupt, terrifying.
Fraud and farce abound. Spiritualists prey on the confused; women are encased in clothing that implies both modesty and sexuality; the powerful prey upon the weak. Adelaide and Sobriety, in their way, show us that every era has secrets that must be uncovered for real social progress.
But the truth of the age is encapsulated for them, in the underlying tale of the vulnerable urchin girl, the nameless victim of this pitiless society.
“This book slots very well into the #MeToo movement,”explains the author.

“I started out to give historical women a voice, and my research made me acutely aware that the differences between Victorian women and the women of today are very much overshadowed by our similarities. Intellectual and physical freedom has always been our elusive goal, and we owe it to the women of the past to never give up. The book required hundreds of hours of research, as I wanted to write it in a vernacular that would be familiar 150+ years ago. So far, readers are leaving extremely positive reviews, and I hope as many people as possible will pick up a copy and continue the fight for equality.”

“What Empty Things Are These is an exquisite story of friendship across class, the realization of self-worth, and the delicate emergence of female solidarity in the face of society’s disdain. Crozier has created a glorious Victorian London that creaks and groans and gasps in its smoky, damp darkness and stifling corsetry. A stunning debut and a triumph of imagination and historical voice.”

“Loved the evocation of Victorian London and the revelations of the repressive life suffered by women in middle-class households. A bold story with repercussions for today’s liberal society.”

‘What Empty Things Are These‘ is available now: Amazon

JL (Judy) Crozier’s early life was a sweep through war-torn southeast Asia: Malaysia’s ‘Emergency’; Burma’s battles with its Karen hill tribes; and the war in Vietnam – a time that included the coup that toppled South Vietnam’s President. But wars and coups don’t allow for much outside play, so by nine years old, Judy had read her way through the most of the British Council Library, including Thackeray and Dickins.
Home in Australia, she picked up journalism, politics, blues singing, home renovation, child-rearing (she has two boys), community work, writing, and creative writing teaching, proofreading and editing and, eventually, her Master of Creative Writing from the University of Melbourne. As you do. She also gained notice with awards for some of her short stories, in Australia and (online) in Ireland and the US. She now lives in France.

Contents show
Synopsis
About the Author: 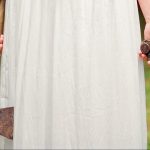 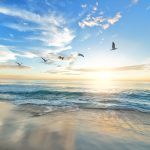