“I enjoyed reading “Fortune’s Turmoil” by an exceptionally talented writer, D.G. Baluch who, in my opinion, is highly gifted with an exceptional ability to describe scenes and characters as if the story was taking place right before your eyes. As I read this story, I felt the events unfolding were rising out of the book displaying all in a spectacular movie.

Also, as the story progressed, I reflected on how the cover of the book provides a true advance preview of the extremely dramatic emotions in this story and the enthralling events that follow. Adding to that, I felt this brilliant author not only highly describes scenes and well-develops characters, but he also creates intense emotional drama as I found myself pausing in my reading and feeling extremely sympathetic. I also like to read books with varied chapter lengths and the writer does this very well.

Here is a brief excerpt from the very first chapter which hooked me into this story as the author unfolded this very moving story,

“The old man suppressed a smirk from within his frail shell; an involuntary reaction to a momentary thought which had presented itself in the limelight of his clouded mind. He eyed the drawer in which the wretched creature had discovered the lighter. Losing his precious item was a brief setback, a minor engagement in a war long fought. The real treasure lay undiscovered, he gloated internally. The small yellow pills they had attempted to trick him with every morning, safely stowed away in a brown envelope at the back of the drawer; they remained undiscovered. Acknowledging this minor victory, the room fell silent, he was alone. He would not be distracted from his memories any longer.”

To me, it was clear the author put in a great deal of time and effort researching the events and aspects of World War I. The back of the book features his background showing his vast knowledge about the war. In addition to the intelligent portrayal of events, I thought he wrote eloquently with a deep clarity which captivated me.

I thought the author intelligently varied the scenes in this great story. For example,

“Fortune dreamed of his home before the war, of his marital bed and conjugal pleasures therein. He imagined climbing the stairs carefully so as not to make a sound. It was a warm summer’s evening, the curtains flourished as a breeze probed the bed-chamber. He discovered her sleeping still, lying peacefully on her front with one leg drawn up and close to her side. Her nightgown had risen, her smooth, shapely bottom and thighs stealing his breath in the candlelight. He looked at her like this sight was before now unseen, with the eyes of a man who could never tire of a woman’s perfection, laid bare before him. He moved slowly around the bed and as he did so more of her intimate form was revealed to him. He begged for her repose to continue uninterrupted so he might study her soft warm creases.”

I liked the pace of the story, the intense action, the unexpected twists, and turns all which kept my interest as I felt this story was a pleasure to read.

All in all, in my opinion, I felt this was professionally written by a brilliant author who knows very well how to craft a suspenseful, thrilling, highly emotional, and action-packed story. Highly recommended!”   Here is info about this author,

In 2013 he led his first tour of the battlefields of Belgium and France, uniting relatives with the stories and graves of great uncles and great-grandfathers. As interest surged during 2014-2018, he conducted battlefield tours throughout 2015 then changed focus from singular research to concentrate on the Battle of the Sambre, 1918, organizing and hosting a large commemorative event, gathering relatives of the dead in the village of Locquignol, France on 4th November 2018.

Having absorbed so much from the stories of the fallen, a work of fiction on the subject became a reality in 2016 when the “sergeant in a shell hole” concept was born. 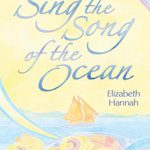 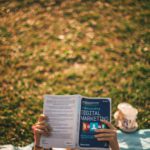