Reading, despite all the modern entertainments, remains one of people’s favorite activities, and the art of literary translation makes reading continually more exciting. Another splendid thing about modern times is access to works of art globally.

Such a helpful thing as high-quality transcription services allow us to get familiar with the most popular and influential visual shows and movies. With books, it is more sophisticated. The many voices speaking in foreign languages need appropriate shape in English to share their ideas and emotions and not lose a bit of value.

While the subtitling industry is on the rise, letting the spectators enjoy the original voice and ensuring that the text meaning is preserved, translating a book is different. It is a process of deciphering all the sense layers and understanding the sound and the influence of the original text.

The current list of the most exciting translated books includes novels that came from different places in the world. If you are a book lover, you should not miss this opportunity to touch a completely new emotional experience.

The 10 best novels translated to English

The commitment to diversity and polyphony is what the modern world sees among its primary values. For that, it pays all efforts and applies the highest quality services. The complexity and ideas of each novel conditioned its selection for this rating.

Love in the New Millennium

by Can Xue, translated from Chines by Annelise Finegan Wasmoen and Sidse Laugesen

Can Xue is one of the leaders of modern Chinese literature and, by many opinions, the most influential novelist who works in China now. Love in the New Millennium is an energetic investigation of a dark world under constant surveillance, where people disappear in a wink, and conspiracies and paranoia are blossoming, and where people have only one hope – to flee, fighting deadly dangers and own buried secrets and delusions.

Can Xue tells about love with their many shades – tragic, ironic, satirical, lasting – trying to find the answer about the essence of the entire human being in the world of commerce and fraud from the East and the West.

by Khaled Khalifa, translated from Arabic by Leri Price

Khaled Khalifa is, perhaps, the most famous figure of Syrian literature who is living and working in Damascus. The novel Death Is Hard Work tells about the most brutal war that many readers only know by headlines in the news. The story of three siblings traveling from Damascus to the native village of their deceased father to return his body is a truly apocalyptic journey. This dangerous trip of a splintered family depicts a terrifying portrait of a country shattered by the war

by Svetlana Alexievich, translated from Russian by Richard Pevear and Larissa Volokhonsky

The Nobel Prize-winner, a famous Belarussian writer Svetlana Alexievich talks about children who lost their parents during World War II, separated from them, and, mostly, never reunited. Their traumatic memories of the war terrors and everything that came after, with being raised in orphanages or cared for by survived relatives or even strangers, became the foundation of this novel.

Alexievich tells about the war through the prism of children’s perception, and it seems even more terrifying than in her earlier masterpiece, “The Unwomanly Face of War.”

by Hwang Jungeun, translated from Korean by Jung Yewon

The debut novel of Hwang Jungeun is both realistic and surreal. A story set in an uncertainly futuristic Seoul tells a story of similarly uncertain relationships that become affected by a series of strange events with shadows that suddenly become almost human-like.

Hwang’s prose combines exceptional lyricism with an in-depth realistic investigation of the social minorities’ lives and tragedies. The novel is an example of the modern literature of the working class, telling about the underside of the bright picture, hidden behind the shiny skyscrapers of South Korea. The complicacy of the original text and its grammar spelling context got a flawless incarnation in English by the efforts of the brilliant translator.

The Sword and the Spear

by Mia Couto, translated from Portuguese by David Brookshaw

A story of love and war during the last days of southern Mozambique’s state Gaza tells about the lies of official history and the roots of other stories pushed by those lies. A young African woman raised and educated by Catholic priests to be a translator (not for the modern media transcription, but she is the one staying between the two worlds and trying to help them communicate) and a wounded Portuguese soldier who falls in love with her start a long and dangerous road through the real Hell on Earth to reach the hospital and get a chance to save the soldier’s life. It is a story of words, their meanings, translations, history, and myth.

by Kamel Daoud, translated from French by John Cullen

The first novel of an Algerian journalist and writer is a story of an unnamed “the Arab,” killed by Meursault, the character of the classical novel by Camus. Seventy years later, the Arab gets a name and a life that ended in murder. Kamel Daoud offers his interpretation of the entire chain of events that led to the terrible final.

The Meursault Investigation is a witty criticizing of the famous predecessors’ works, a profound investigation of the effects that the French colonialism produced over Algeria, and reflections on the national identity. Besides, it is an excellent piece of art with its unique style and strong voice.

The Twenty Days of Turin

by Giorgio De Maria, translated from Italian by Ramon Glazov

Originality published in 1977, The Twenty Days of Turin got translated to English many decades later. Still, the novel about conspiracies and fascism remains as impressive and scarily actual 40 years later.

The novel tells a story of a writer who decides to investigate a series of strange and unexplained events which happened in Turin many years ago. Personal researches and interviewing the survived witnesses draw the sinister attention to the protagonist, putting him in danger, but showing the way to the truth. This both realistic and surreal novel tells about the history of Italy but remains an excellent thriller for anyone.

by Jenny Erpenbeck, translated from German by Susan Bernofsky

What is modern Europe for those who live in it, and for those who see it as hope and salvation. Settled in the heart of the refugee crisis, the story by the modern German writer tells about the cultural collisions and unpleasant discoveries but evades giving any simple answer to the raised complicated questions. How we make and keep promises, and whether we really agree to upend our convenience to support strangers – these and many other painful questions are in the focus of this merciless novel.

by Olga Tokarczuk, translated from Polish by Jennifer Croft

A winner of the most prestigious Man Booker International Prize of 2018, the novel of the modern classic of the Polish literature and a Nobel Laureate Olga Tokarczuk, is hard to be classified or turned into a set of text transcriptions, each with the precise explanation of the senses. It is a story of travels, life, and death in motion.

Three lives of different people, each having their own tragedy, intertwine flawlessly to explore characters and souls. What is our origin, and where is the destination, and why we are going there – the Flights novel might raise more questions than answers, remaining enchanting and original, and unexpectedly close to each soul.

by Yōko Ogawa, translated from Japanese by Stephen Snyder and Markus Juslin

An original and exciting mixture of real and surreal, The Memory Police questions memories, losses, and fears raised by them. An unnamed island in the middle of nowhere is a place where things just disappear – from trifles to people. What disappears, must be forgotten, and remembering puts you in danger of getting into the focus of the Memory Police. This is the world where a young novelist is trying to save the past in here writing. Yōko Ogawa is undoubtedly one of the most talented and original contemporary writers.

From Portugal to Japan, including other European and Asian countries, the contemporary authors ask questions and talk about colonialism and national identity, the past and the future, love and hate, and, of course, about words and translations.

Modern literary translating is building a bridge between cultures, and it is a most ambitious challenge. It converts a piece of literary art to a new language, preserving its original contents and voices. That’s why the human translator’s work is still the thing that even the most proficient subtitling services can’t accomplish.

Don’t miss that chance to enrich your personality with the best contemporary novels, talking to you in different languages, but now available in English. 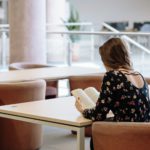 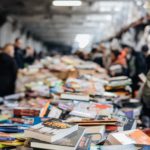