We regularly hear of blockbuster movies and TV shows attempting to fit books into two-hour or ten-hour run times, regularly failing to either capture the scope that books provide or to do so in a way that appeals to fans and newcomers. However, one medium that has consistently, but quietly, been able to retell tales is that of gaming.

With it being a much more immersive, hands-on, and expansive form of entertainment, it’s easy to see why a talented studio with sound adaptors could make a great version of a book. That said, not all games draw material directly from the stories within novels, and instead seek to create the universe or utilize its recognisability to create a new story entirely.

There have been many, many games over the decades that have been based on books in some way. However, as game generations of the past have faded and, for the most part, can’t be played anymore, we’re looking at some of the best games that you can still play, which derive their concepts/stories from famous books.

One of the oldest writings of the civilized world, the Book of the Dead was a sacred funerary text written on papyrus by the Ancient Egyptians. At the time, it was part of the burial tradition, comprised of spells for the deceased to use in the afterlife. Now, it comprises the legend and mystique surrounding Ancient Egyptian mythology and the ever-popular mysteries surrounding their funerary traditions.

As such, the Book of the Dead has become iconic, with its mysteries being the focus of the Rich Wilde and the Book of Dead online slots game. The drive behind the slot is to search within the halls of a pyramid to find the mysterious tome, and once found, unlock its hidden secrets – which, in this case, come in the form of wins on the reels. The combination of theme and high volatility has made it a perennial favorite in the world of slot gaming.

Perhaps the epitome of modern book adaptation in gaming, the Metro franchise of books and games both appeases fans of Dmitry Glukhovsky and those just seeking high-quality games. Set in post-apocalyptic Russia, the games commence by following the books Metro 2033, Metro 2034, and Metro 2035, the end of the novel trilogy, and are very faithful to Glukhovsky’s writings.

The first Metro game, Metro 2033, follows the book of the same name. For Metro: Last Light, the writer collaborated with the development team further and realized that the story for the game was too grand and so he wrote Metro 2035. The latest game in the series, Metro Exodus, continues the story after the events of Metro 2035. Glukhovsky has stated that the novel series has finished, but that developers Deep Silver could continue the story of Artyom.

Poland has been a nation of particular interest in news circles of late, but the country also has a fine literary tradition, with Andrzej Sapkowski currently one of the leading authors in terms of pop-culture renown. His The Witcher series takes place in the realms of fantasy and exploded from having a cult following to a global phenomenon after the release of the very well-received The Witcher game trilogy.

However, the thing about the games – The Witcher, The Witcher 2: Assassins of Kings, and The Witcher 3: Wild Hunt – is that while they do draw faithfully from the universe and characters established in the novels, they don’t adapt Sapkowski’s books directly. Instead, all of the games take place after the books, continuing the tales of Geralt, Yennefer, and the other main characters.

The developers have done a superb job of adapting, utilizing, or expanding on books, with all three of them remaining both playable and very popular to this day. 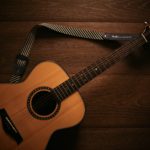 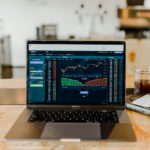