He’s most known for proving that mathematical advantages can be had to improve chances of beating the casino and the stock market, where he made millions on Wall Street. He’s also known for collaborating with Claude Shannon – the “father of information theory” – to create a wearable computer – or the first smartwatch?

Edward Thorp is well-known for his New York Times bestseller called Beat the Dealer. Anyone who knows how to play blackjack or enjoys playing blackjack frequently will enjoy this book. It is the first of its kind to mathematically prove that counting cards can beat the house edge during a game of blackjack.

The house edge is a phrase that refers to the slight advantage that the casino has in any of its gambling games. The odds are slightly in favour of the casino, and the house edge creates a successful long-term business model for all casinos. They know that the odds are in their favour over the long term to make a profit, despite players winning big in the short term or some players winning and never returning (i.e., beating the casino).

However, in Edward Thorp’s book, he mathematically proves that these odds can be overcome in blackjack by employing a specific technique. This technique is known as card counting, which is essentially a method of memorising what cards came before and using a tally to increase the player’s chances of knowing what value the following card will be. Thorpe’s technique was especially effective towards the end of a deck of cards and even more so when the deck was not reshuffled after every deal.

By taking this advantage, the player can take back the house edge to create somewhat of a ‘player edge’. For any budding mathematician or gambling enthusiast, this book is a must-read.

Other Books by Edward O. Thorp

Along with Beat the Dealer, Thorp has written a number of other interesting books on the topics of gambling, mathematics and the stock market, such as Beat the Markets, A Man for All Markets and The Mathematics of Gambling. He takes a look at an array of exciting topics with fresh ideas in any of his books, often deploying game theory and probability theory. If you want to read the best books about investing, he certainly has a lot to offer. 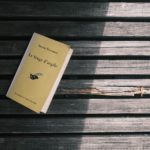 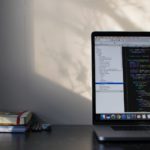