Unlike most new authors, Jack Leonard is launching his debut novel fearlessly. It’s a story that could be plucked straight from the minds of C.S. Lewis, Pratchett or King – as one young boy’s tumultuous life suddenly exposes the dark, twisted undercurrent that has controlled every story defining it.

There’s truly nothing else on the YA fantasy shelves quite like ‘Dark Inscription’.

Brooding in the back of his social worker’s car, Kashif Lewis is on his last chance. Outside the mist gathers as he speeds towards yet another foster home.

Following a terrifying attack en route, Kashif is thrust into an adventure that will lead him to the truth about his unstable mother and the mystery surrounding his birth.

Guided by his strange new foster family, Kashif learns of the dark creatures lurking between the lines of every story, the sinister organisation that has been pursuing him since birth and the threat he poses to everyone around him.

As his new life spins out of control, Kashif is immersed in a world of intrigue and horror that could decide the fate of billions of lives.

But is he killer or cure?

“I wanted to write something that embraces the best of fiction, while also making the story deeply relatable to readers in the real world,” explains the author. “It plays out like a movie, as the narrative’s darker fictional undertones collide with characters, situations and adversities that any reader could encounter tomorrow. It’s truly unique and immersive.”

Continuing, “And this is just the very beginning. I’m currently finishing up volume two and plan for the full trilogy to be released in 2021. It’s definitely a new brand of fiction that, while perhaps originally written for young adults, can be read by anyone with an open mind and an active imagination. Get started on volume one today, because the saga is about to continue!”

About the author, in his own words:

Jack Leonard lives in Ilkeston, Derbyshire, with his wife and two daughters where he runs nature-connection services and writing workshops in the great outdoors. He has lived in other places too but mainly inside his own head. Writing is a way of stopping it from getting too crowded in there.

‘Dark Inscription, is his debut novel and the first instalment of a trilogy entitled, ‘The Bookborn Chronicles.’ Part two, ‘Elemental Fears’ is planned for publication in summer 2021. 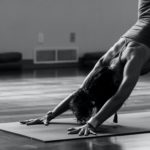 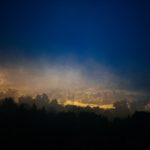