In 1965, John Sturges directed ‘The Satan Bug’ – an American crime science fiction suspense film that captivated Drew Jones, so much so that he took the idea of a secret base and used it to inspire his latest novel.

‘The Breach from E Lab’ is a story that spans two different centuries, as the discovery of an old bunker from WWII becomes the catalyst for a very modern disaster.

….Keeping the secret was easy….stopping the experiment may well prove impossible….

In the final weeks of World War II, American soldiers in Germany make an unnerving discovery in a seemingly abandoned bunker…decades later this underground facility has been replicated hundreds of feet below the Nevada desert in a beyond top secret base…It’s operated without problems for years… until the breach from E Lab occurred!

“I wanted to use the idea of an underground top secret base, but have something more undefinable and spin it into something much more relevant to today’s society,” explains the author. “For example, I felt it was vital to expound the layers of secrecy and the compartmentalisation at such bases alongside the threat of disposability that often occurs when a situation or person becomes a threat. I also wanted to move forward from germs and virus that are so topical today and  diligently crafted a new menace that is unlike anything readers will encounter elsewhere. It’s definitely unique.”

Continuing, “As a writer, it’s always very exciting to take things that inspired me, and turn them into something new and refreshing. ‘The Satan Bug’ is incredibly well regarded, considering its limited commercial success, and it’s the perfect canvas and playground through which to release something extremely unique.”

‘The Breach from E Lab’ is available now: https://amzn.to/39Msb0K

Drew Jones has now published 3 highly successful volumes of Mysteries and Strange Events. The latest – Volume Three – contains just 5 short stories although they are much more in-depth stories than in the previous two volumes – all are available on Amazon.

He has always had a keen interest in thrilling mystery stories and this is reflected in his own exciting short story books. He works from his home with his trusted Labrador friend Monty at his side and many ideas and plots are thought through on their walks together in the woods. 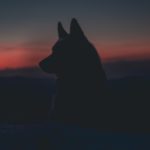 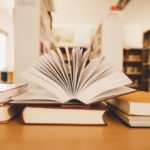