These are the books that we loved during Lockdown – and we hope you’ll love them too. Take a look below to find the page-turner for you.

Children of Time by Adrian Tchaikovsky

This product was recommended by Ali Rizvi from Dream Superhero

Award-winning novel Children of Time, is the epic story of humanity’s battle for survival on a terraformed planet.

This product was recommended by Osama Mushtaq from Outfitrs

This was a very fun book, as I could understand how frustrating it would be to not have super powers. I found it interesting how the main character still managed to work things out, even without super powers.

This product was recommended by Aaron Simmons from Test Prep Genies

Although this was written more than 40 years ago, Kindred’s exploration of major themes like power, race, and inequality are still relevant today, especially with the series of Black Lives Matter protests happening all over the US and in some other parts of the world. Octavia Butler’s contextualizing of the 1970s is devastating. The way in which she contrasts 1979 with the pre-Civil War age offers readers a different perspective on the complicated and degrading reality of slavery.

This product was recommended by Daniel Carter from Zippy Electrics

If you’re into colorful dystopias and weird characters, this Jeff VanderMeek novel is for you. It starts with an unknown scavenger plucking an object from the fur of a giant flying bear in a post-apocalyptic city. And then it just gets weirder from there. The main character strikes up a friendship with an intelligent sea anemone-like creature called Borne. The story is one of biotechnology run amok and definitely makes for a very fascinating read.

This product was recommended by David E. Johnson from Strategic Vision OR Group

Prehistory Explained uses hundreds of pieces of irrefutable scientific evidence and hundreds of ancient writings to explain all the ancient mysteries. The theories in this book are based on hundreds of pieces of irrefutable scientific evidence including: NASA’s lunar seismometry data, NASA’s lunar core tube data, carbon-dated dinosaur bones, the Specific Production Rate (SPR) and the Specific Decay Rate (SDR) of C-14 in the upper atmosphere, magnetic resonance imaging data from Antarctica, DNA sequencing of undamaged, un-fossilized soft tissue recovered in different dinosaur bone marrow samples, radar imaging of the Martian moon Phobos, and X-ray analysis of the Great Pyramid and the Sphinx. The theories in this book are also based on hundreds of ancient writings including: the Bible, the Mahabharata, the Ramayana, the Dead Sea Scrolls, the Koran, the Popol Vuh of the Quiche Maya, the Book of Enoch, the Epic of Gilgamesh, the Epic of Etana, the Lost Book of Enki, the ancient Sumerian and Babylonian cuneiform clay tablets, and many other ancient writings. One of the perfectly logical, rational, evidence based theories in this book is the theory that the Moon is an artificial construction. When Apollo 15 landed on the moon, it drilled out a core tube 15-18 ft to the lunar surface. The scientists who analyzed this lunar core tube were shocked to discover that there was a sharp break from the makeup of the gases impinging on the lunar surface at a certain stage in the early past. From the words of Richard C Hoagland, It almost looks like the moon orbited one type of star which was evaporating vapors (such as the corona) and then was brought here and then subjected to the Sun’s corona that has a very different chemical makeup. Quite simply it seems like 100,000 yrs. back, the Moon was turning around a distant star and after that it had been transported here. Zulu shaman, Credo Mutwa, stated that Zulu folklore along with other African tales state that the Moon was assembled ‘far, far away’. The Indian Deity, Chandra, was alleged to ride his chariot, the Moon, throughout the nighttime skies towed by ten white horses. Zulu folklores state of the way Wowane and Mpanku…’rolled the Moon across the heavens to the Earth’. Zulus and other indigenous African novels state the Moon was assembled ‘far, far away’ to restrain individuals and as a vehicle to traverse the Universe. After Apollo 11 landed on the moon, it ran a lunar seismometry experimentation where it put up a lot of seismometers at different locations on the lunar surface. Scientists discovered that when the solid-rocket boosters were fired, those seismometers discovered that the moon rang like a bell for more than an hour that suggests that the moon is an artificial arrangement. Approximately a decade after the experiments, 1 scientist studying the data from these types of lunar seismometers, found that there are two enormous, symmetrical, arc-shaped structures buried about 1,000 miles under the lunar surface close to the center of this Moon. Following this information was printed, NASA turned off their lunar seismometers. The Associated Press cable carried this brief but unexpected Soviet statement: Emphasizing the value of lunar soil samples, along with also an article in Pravda demonstrated that the first successful automated assignment in 1970 brought down particles of iron which DOES NOT RUST. Pure iron that doesn’t rust is unknown on Earth. Actually, it cannot yet be even fabricated. Physicists and scientific specialists claim they can’t understand how that is in any way possible without some sort of manufacturing process being included. In addition they point out that it’s beyond our current Earth technology.

In this Wall Street Journal Best Science Fiction Book of 2018, Mars creates a world in which your soulmate is determined by a simple DNA match. This gripping page-turner is soon to be made into a Netflix original series – it’s that good.

Ready Player One by Ernest Cline

This product was recommended by Bret Bonnet from Quality Logo Products, Inc.

I recently read Ready Player One during the quarantine. It made me feel all sorts of 80’s nostalgia, so much so, that I had to binge-watch all 3 seasons of Stranger Things again. It was the perfect way to spend some time while in quarantine.

This product was recommended by Daniel Juhl Mogensen from Kodyl

Sphere is one of the all-time sci-fi classics that everyone should read once in their lives. A story that begins with the adventure of a group of scientists to the bottom of the ocean on an exploration mission turns unexpectedly into a psychological thriller. As the group starts to progressively lose their minds, they realize that an alien consciousness is present, invading their thoughts and attempting to control their actions. This book will keep you guessing what will happen next, as it twists and turns through an expected series of events until the very end. I would recommend it as a great book to read during lockdown that will keep you occupied for a while through the 552-page masterpiece written by Michael Crichton.

This book is among the best hard science fiction of 2021. There is a robot who is created by a person named Andy. He believes that it is programmed in a way to be a perfectly moral being. However, one day the creator comes to know that the robot has disappeared from the lab bypassing a sophisticated security system as well as cognitive laws. Now, readers who are interested in Artificial intelligence should read further to reveal whether the programming prevents the robot from making disasters or the monster within is unleashed! 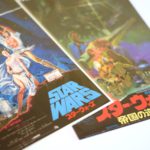 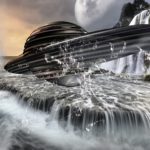