I first heard of Truman Capote’s 1965 novel, In Cold Blood, when I lived in Washington, D.C. This was somewhat odd since I was born and raised in Kansas, the main setting of the novel. Considered to be among the first of true crime novels, it is the story of the 1959 murders of four members of the Clutter family in Holcomb, Kansas.

The chilling tale welcomed my mother to her new community, after moving to Kansas in 1960 as a high schooler. Her younger brother later read the book, and discovered that a teacher was friends with one of the victims. These personal stories are about the novel and the crime are quite common in Kansas.

Somehow I managed to avoid hearing about the gruesome crime. I attended both junior high and high school in Olathe, Kansas, and I found it a bit unsettling that the novel begins in in the same town, where the two murderers, Perry Smith and Richard Hickock, are first introduced to the reader. Both of these men were recently paroled from Lansing Correctional Facility, about an hour away from Olathe, and yet another name that was familiar.

The pair hatched a plan to rob a wealthy farmer after learning of the details of his home from a former cellmate. They believed they would find a safe full of cash in his home in Holcomb, 360 miles away. Capote’s description of driving through Kansas in the night is wonderful. My many memories of driving to my Grandmother’s, or to college, or through the state to Colorado were juxtaposed with the cunning intent of our soon-to-be murders.

The novel describes the Clutter home and farm in detail well-known to Kansans, a simple, hardworking farmer whose wealth is displayed not through the size of his home or other possessions, but the quality and quantity of his land. The stage is set for the gruesome murders, which the readers do not experience directly, but through the eyes of the friends who are doomed to discover them, and the Kansas Bureau of Investigation (KBI), who carefully examine every inch of the crime scene.

The haphazard robbery does not yield the payout that the killers anticipated, and the escape to Mexico is terminated after a few short weeks. Why? The two figure they can just write bad checks back home in Kansas City, Kansas (KCK as it is called by locals). For those who are younger, writing bad checks is akin to using a stolen credit card these days, but it was much more difficult to use checks outside the community of the bank. Off they go to KCK, writing checks and basically stealing clothes, radios, and other items. The tension for the reader is palpable as local law enforcement are looking for the criminals, who move on before the bad checks are discovered. All this occurs less than an hour from Olathe, and it is hard to imagine that these men were so close to being apprehended sooner.

Of course, by the time the KBI investigates the bad checks, the pair has already absconded to Florida, and then onto Las Vegas, where they are finally arrested by local law enforcement. The KBI agents hustle out to Las Vegas, and interrogate the criminals. This is one of the most exciting episodes in the novel. The killers mention their fabricated alibi, visiting a sister in Ft. Scott, Kansas, a historic town just over an hour away from Olathe. The idea that these men may have been there, perhaps walking the same streets, made my skin crawl.

The killers were tried and convicted in Garden City, Kansas, which is by far the largest town in western Kansas, and has one of the largest high schools in the state. I’ve been there a number of times for high school sporting events for myself and my children. The courthouse is an imposing building, completed in 1911. It is just amazing that such a historical trial took place in such a remote town.

In 1965, the story ends where it began, and the murderers are hung at Lansing Correctional Facility. The memory of this fact haunts me every time I drive through Lansing. In some ways, the story continued, as those involved with the investigation, trial and death of the killers shared their stories with the community. Today, the book is still a great work, but it continues to make an impact on those in Kansas, who can relate to the events of the story more closely. 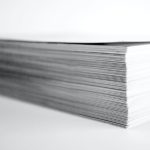 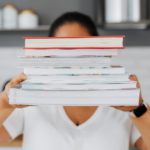