Horse racing is known not only for the popular races we know today, but also for its rich history over the years. It has been practised since ancient times, which means that a lot of history books have recorded each of the innovations made to the sport.

Scholars say that this sport was already a popular favourite in Ancient Greece, Ancient Rome, Babylon, Syria, and Egypt even before other sports were born. There is even more proof about how it has been prominent among many myths and legends out there.

For starters, horse racing was usually accompanied by betting. Chariot racing was the earliest form of this sport that sweeped the games in the Greek, Roman, and Byzantine empires. The Greek Olympics already showed how trendy bets such as horse racing – next to jump – have made it all the way to the modern era.

Some of these horses have made history and were seen as the best in the world. There is no doubt that they have set the standard for racing nowadays as they aim to follow the footsteps of those who came before.

Here are some of the best books to read about horses who made history in races:

This book is all about Secretariat, who is claimed to be the best horse in the history of the sport. It tells about the journey all the way to winning the Triple Crown. Secretariat is the only horse to make it to the cover of Time, Newsweek and Sports Illustrated magazines all in the same week. The horse still holds the record for the fastest times in both the Kentucky Derby and the Belmont Stakes as well.

Secretariat is the only animal in ESPN’s list of 50 Greatest Athletes of the Century. The classic story of Big Red has been embraced over the years, and it has inspired a lot of trainers to push their horses to the limit and make history as Secretariat did.

Ruffian was seen as the greatest thoroughbred filly in her time despite spending only two seasons at the track. She was dazzling crowds by breaking one record after the other, and her beauty graced the tracks with lightning speed. The dominant horse was poised to become the only one who could match Secretariat’s feats.

The book focuses on how the horse went from fame all the way to her incident in 1975. Ruffian was on the lead in the middle of the Belmont Park Race when she broke down and had to be destroyed later that night. This is one of the huge tragedies of the horse race industry to date.

The story of Seabiscuit is the reason why there are a lot of confident horse racers today. This tells how horse trainer Tom Smith urged Charles Howard to buy Seabiscuit – who was just an underperforming horse by that time. Smith soon hired a one-eyed failed boxer in Red Pollard to become his jockey.

The combo was an unlikely team, but they managed to overcome their challenges and Seabiscuit skyrocketed to success and became one of the top racehorses in the history of the sport.

American Pharaoh is the 12th horse who won the Triple Crown. The horse had a long journey and enjoyed an iconic career for the ages. Author Joe Drape took his time to put every part of the horse’s path to success into detail with this book as it became a New York Times bestseller.

From the jockey’s struggles all the way to the owner’s success at the race track, the book covers every inch of American Pharaoh’s path to glory in the races. It is one of the rare stories that showed how American Pharoah wrote history with a Triple Crown win.

Most of the stories from these books have a classic retelling of how they managed to put up these feats in the history books. After all, horse racing – next to jump alone – is hard to win for punters, but so is winning the races. 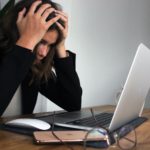