This article showcases our top picks for ‘Fiction Books Set In Japan’. We reached out to industry leaders and experts who have contributed the suggestions within this article (they have been credited for their contributions below).

We are keen to hear your feedback on all of our content and our comment section is a moderated space to express your thoughts and feelings related (or not) to this article This list is in no particular order.

This product was recommended by John Bedford from Viva Flavor

The author David Mitchell is more famous for writing Cloud Atlas but one of his earlier works Number9Dream is absolutely stunning. It tells the story of Eiji Miyake’s search for a father who he’s never met. It’s a futuristic, almost psychedelic journey through Japanese culture that flits seamlessly between Miyake’s actual circumstances and his fantastical daydreams. It’s sad, confusing, bewildering but beautifully written. It’s not Mitchell’s best work, but even on a bad day he’s better than his peers.

This product was recommended by Muhammad Mateen Khan from PureVPN

Convenience Store Woman is the heartwarming and surprising story of thirty-six-year-old Tokyo resident Keiko Furukura. Keiko has never fit in, neither in her family, nor in school, but when at the age of eighteen she begins working at the Hiiromachi branch of “Smile Mart,” she finds peace and purpose in her life. In the store, unlike anywhere else, she understands the rules of social interaction―many are laid out line by line in the store’s manual―and she does her best to copy the dress, mannerisms, and speech of her colleagues, playing the part of a “normal” person excellently, more or less. Managers come and go, but Keiko stays at the store for eighteen years. It’s almost hard to tell where the store ends and she begins. Keiko is very happy, but the people close to her, from her family to her coworkers, increasingly pressure her to find a husband, and to start a proper career, prompting her to take desperate action. A brilliant depiction of an unusual psyche and a world hidden from view, Convenience Store Woman is an ironic and sharp-eyed look at contemporary work culture and the pressures to conform, as well as a charming and completely fresh portrait of an unforgettable heroine.

This product was recommended by Keith J Lang from KeithJLang

Japanese writing has always been difficult for Westerners to digest. But the work of Haruki Murakami is accessible thanks to the excellent translations of his incredible works. “Dance Dance Dance” is one of Murikami’s best-known works, and this semi-fantasy thriller is a great introduction to the quirky narrative style of Japan’s most famous author. The story takes place in several cities in Japan with a short trip to Hawaii.

If you are going to read something set in Japan, best it be written by someone Japanese. Japan’s culture is so intricate and layered that it really takes a native Japanese to explain and interpret it. I lived there for our years and felt I barely scratched the surface. Haruki Murakami’s Killing Commendatore is a typically mesmerising work from Japan’s most famous author that weaves together magical realism and a study of human relationships and a suspense filled haunted house mystery. Like most of Murakami’s fictional work it defies easy classification, but read it and you’ll appreciate the genius of it and the insight it provides to Japan’s culture and way of thinking.

This product was recommended by Geninna Ariton from TrendHim

The book is set in 1960s Tokyo, Japan as the protagonist of the story reminisces about his college days protesting on campus grounds. 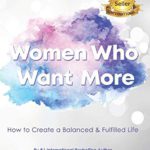 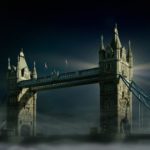