A hybrid press or hybrid publisher is a publishing house that operates with a different revenue model than traditional publishing, while keeping the rest of the practices of publishing the same.

One of the characteristics that unite hybrids is the idea that they must create the product – books and other media – on their own or contract the time of other companies or freelancers to do so. And using contracts, which are a traditional publishing practice, while mixing them with other (better known) revenue streams is exactly what many authors and publishers are doing with this type of publishing.

Another characteristic of hybrid publishing is its sometimes-overly strong interaction with the authors with which they work. In the book publishing world, there’s a lot of talk about this type of interaction (especially author advances, which are traditionally seen as a means to buy the author’s book, but are now viewed as a means to create the product).

Some organizations see hybrid publishing as a hybrid of the best of both worlds. Its strongest advantages include its personal and inclusive approach to how it approaches its authors and its interactive nature. Authors of hybrid publishers feel that they create a strong and lasting relationship with the publisher, which leads to more than just a book’s success. This sense of relationship is often questioned by traditional publishing authorities and supporters.

Another advantage of hybrid publishing is its ability to rapidly innovate. Hybrid publishers are able to borrow from traditional publishing, marketing services and product sampling, and mix and match them in ways that are not only relevant for their demographics but are also highly impactful.

Some traditionalists call this type of publishing glorified self-publishing. They claim that there is little interaction between the hybrid publisher and the author of the book; they claim that its formats and rules are changing all the time and are thus confusing; they complain about a lack of editing; and they worry about the author really having no say about her book.

The types of hybrid publishing are easily recognizable in the different names and features of various companies in and around the publishing industry. These different types include:

Startup Pubs: A startup publisher typically has a limited set of published work. It normally avoids print distribution as much as it can, and is more at home with ebooks. There’s very little financial risk for a startup publisher, as it only uses its own money to create the product. There’s also slightly more freedom, based on the number of titles published and the number of other “marketed” titles. Startup publishers can also have a free subscription model, gain their profit with product sampling and use a hybrid publisher-Marketing Service model to pay their authors while keeping up with their breakeven.

Traditional Publisher: This publisher is known for its big impact and massive distribution. It focuses on investing time, money and resources into its book publications, as opposed to using a subscription model or product sampling/partnership. However, there are some traditional publishing companies that are starting to cross over into the hybrid publishing world, either working with authors or with its own new imprint, with special publishing projects.

Hybrid Publisher: Sometimes called “portfolio publishers,” these publishers have a combination of different revenue streams and different authors, work with a different mix of authors, titles and publishing “projects” and involve a different way of moving into profits. As a hybrid publisher, authors may get a mix of royalties, in-house advances, and payments per “marketing project” or helped with marketing and promotion.

Difference between traditional publishers and self-publishers

These publishers look for writers who have an exceptional understanding of the market, not just the author’s own creative talents. And this traditional model of publishing also has a fixed cost model, which is why authors don’t have to pay a reading fee for any of the different services.

On the other hand, most self-publishers are way more concerned with their own uniqueness. This is especially true for self-publishers that make money through online book marketing and selling their own book. Self-publishers understand their readers’ needs, what sells on the market, and the pricing of their books.

The problem with most self-publishers is that they don’t focus on refining their own writing enough. They try to get their books out in as little time as possible, without consideration for editing or proofreading. Many of them even skip over the marketing part of the book.

So how can writers choose the best publisher for them?

If they want to be self-published, they’ll have to look for a book marketing service that will help them to maximize their profits. They can also consider approaching their local bookstore about selling the author’s self-published books.

If they want to be in the traditional publishing industry, they’ll have to avoid the trap of thinking that bigger publishing houses are everywhere. These days, traditional publishers are much more open to reading new authors, especially those who can prove that they have done their homework.

Hybrid publishing is what Amazon or Apple is doing. And if it’s good enough for them, then it’s great for authors as well. No matter what you choose, choose wisely. 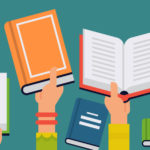 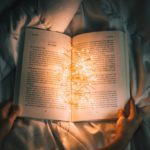