You’ve powered through a 400-page book that has so far been nothing short of thrilling, gripping and suspenseful. It’s been a long journey and you’re finally coming to the end, but it’s not what it seems, and you find yourself shouting in anger and exclaiming ‘how can it end like that?!’.

Unfortunately, some good books can carry truly disappointing endings, leaving us incensed by what we have read, wishing we could earn the hours back.

This concept of disappointment is what spurred OnBuy Books to trawl through hundreds of books and associated reviews on Good Reads to unveil the 20 books we claim to have the most disappointing ending. Subsequently, it seems some of our most loved (or supposedly loved) books feature quite high on the list.

OnBuy Books can reveal that Suzanne Collin’s coveted (or perhaps until the end only) Hunger Games Mockingjay has the worst ending according to readers with 673 negative reviews. According to readers, it had an extremely underwhelming ending where there was a build-up and very little pay-off. Unfortunately, it didn’t meet expectations compared to the action entangled throughout the first two books.

It may have been an on-screen winner, with an estimated worldwide box office revenue of $689,420,051/£532,532,487, but it seems The Twilight Saga: Breaking Dawn by Stephanie Meyer fell short of comparison. The results cast this book as the fourth most disappointing ending with 434 negative reviews.

Perhaps controversially, Romeo and Juliet is the fifth addition to the list with 430 reviews criticising the ending. As a result, readers have often pondered what would have happened if Romeo had never met Juliet.

Harry Potter and the Deathly Hallows, the seventh and final book in the series was beguiling, exciting and a near-perfect end to the magic that is Harry Potter. However, when assessing just how many reviews the book received denoting a ‘bad ending’, OnBuy Books discovered 381, whilst Harry Potter and the Half-Blood Prince had 238.

The lowest ranking books and therefore the ones that satisfied the minds of readers alike was Dear John by Nicholas Sparks. Known for his romanticism, it had just 25 reviews claiming the ending was disappointing. Likewise, Matched by Ally Condie also scored 25.

In addition to the findings, OnBuy’s Book department recently found that 44% of readers admitted they have read a book solely based on the cover being ‘Instagrammable’. 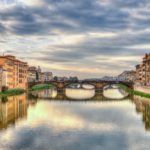 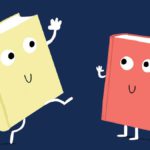