We’ve picked the most influential books that have been recently written, so you get to start the new decade right. You might see this as the bare bones list of books that every Christian should read.

So if you want to learn from the best, and gain the right path in your modern society, then this list is for you. A great idea is to share this with your closest friend so you can discuss each book as you read it together.

The Name of God Is Mercy by Pope Francis

In his first book published as Pope, and in conjunction with the Extraordinary Jubilee of Mercy, Pope Francis here invites all humanity to an intimate and personal dialogue on the subject closest to his heart—mercy—which has long been the cornerstone of his faith and is now the central teaching of his papacy.

The Screwtape Letters by C.S. Lewis is a classic masterpiece of religious satire that entertains readers with its sly and ironic portrayal of human life and foibles from the vantage point of Screwtape, a highly placed assistant to Our Father Below. At once wildly comic, deadly serious, and strikingly original, C.S. Lewis’s The Screwtape Letters is the most engaging account of temptation—and triumph over it—ever written.

In the classic Mere Christianity, C.S. Lewis, the most important writer of the 20th century, explores the common ground upon which all of those of Christian faith stand together. Bringing together Lewis’ legendary broadcast talks during World War Two from his three previous books The Case for Christianity, Christian Behavior, and Beyond Personality, Mere Christianity provides an unequaled opportunity for believers and nonbelievers alike to hear this powerful apologetic for the Christian faith..

For over 40 years, J. I. Packer’s classic has been an important tool to help Christians around the world discover the wonder, the glory and the joy of knowing God. In 2006, Christianity Today voted this title one of the top 50 books that have shaped evangelicals. This edition is updated with Americanized language and spelling and a new preface by the author.

This book is meant to be a companion to Heretics, and to put the positive side in addition to the negative. Many critics complained of the book because it merely criticised current philosophies without offering any alternative philosophy. This book is an attempt to answer the challenge. It is the purpose of the writer to attempt an explanation, not of whether the Christian Faith can be believed, but of how he personally has come to believe it. The book is therefore arranged upon the positive principle of a riddle and its answer. It deals first with all the writer?s own solitary and sincere speculations and then with all the startling style in which they were all suddenly satisfied by the Christian Theology. The writer regards it as amounting to a convincing creed. But if it is not that it is at least a repeated and surprising coincidence.

Every generation has its hot-button issue,” writes David P. Gushee, “For us, it’s the LGBT issue.” In *Changing Our Mind*, Gushee takes the reader along his personal and theological journey as he changes his mind about gay, lesbian, bisexual and transgender inclusion in the Church. With 19 books to his name, Gushee is no stranger to the public arena. He is the author of the “Evangelical Declaration Against Torture” and drafted the “Evangelical Climate Initiative. “For decades now, David Gushee has earned the reputation as America’s leading evangelical ethicist. In this book, he admits that he has been wrong on the LGBT issue.” writes Brian D. McLaren, author and theologian.

A Letter To My Congregation by Ken Wilson

This is a breakthrough work coming from the heart of evangelical Christianity and offered into the heart of evangelical Christianity,” writes David P. Gushee, the prolific Christian author and Director of the Center for Theology and Public Life at Mercer University. In describing this book, Gushee continues: “It is unlike other books that demand revision of traditional Christian sexual ethics but do so primarily by rejecting the authority of the Bible. That is not how evangelicals think, and it is not what Ken Wilson does here. Instead Wilson shows how God has led him on a journey toward a rethinking of what the fully authoritative and inspired Bible ought to be taken to mean in the life of the church today.”

“This is a remarkable and timely book,” writes Tanya Luhrmann, an author about contemporary religious life and the Watkins University Professor in the Stanford Anthropology Department. “It is clear to an observer like me that evangelical Christianity is at a crossroad. … That problem is the broad and widening gap between evangelical Christianity and its young. … The book you hold is a passionate and courageous argument. Many people will not like it. But they should read it and weigh whether it is true, because more hangs on the argument than the fate of gay marriage within evangelical Christianity. At its heart, this book asks Christians to rethink what God and scripture may be saying about what it means to be a good and decent person. The answer to that question will shape what the church becomes in twenty years.”

Best-selling author and journalist Phyllis Tickle, an expert on religion widely quoted in news media, says of this book: “We Christians …rarely think of our clergy as men and women who routinely spend agonizing hours and days and weeks pouring studiously over sacred texts in relentless, on-going attempts to penetrate the mysteries contained there, to discover their wisdom, their instruction, their relevance, and to consider the means and repercussions of their implementation within our here and now. … This is midrash. … And in the pages that follow, we have before us one of the most exquisite, painful, candid, brilliant pieces of contemporary Christian midrash that I have ever seen.

This product was recommended by Simon Nowak from Authority Dental

The Screwtape Letter” is a masterpiece.* It is a book that entertains and enlightens readers at the same time. The author gives us the correspondence of two devils, one is old and wise, the second one is his nephew, Wormwood, who is in charge of the damnation of some young man. Book portrays human life from a totally different point of view and shows us how to triumph over temptation and not to listen to the whispers of evil. 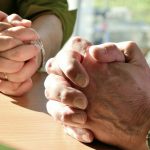 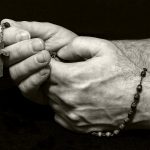