Inside the first edition of the novel The Reincarnationist Papers, author D. Eric Maikranz offered a reward to any reader who could leverage their contacts to find a producer who could help facilitate a deal for a motion picture for the book.

Specifically, Maikranz offered to pay his readers a percentage of any advance or upfront payment (the same as any agent would earn from a movie deal) and in doing so, he crowdsourced his readers to become his agents.

Maikranz said, “This Guerilla Marketing effort of empowering readers to become an army of agents seemed outlandish, until it worked!” Remarkably, Rafi Crohn, a junior executive at a Hollywood production company, found the book in a hostel in Nepal while traveling and eventually claimed the reward after he got The Reincarnationist Papers made into the Paramount movie INFINITE, thus earning the maximum reward of $10,000.

Now, the reward is back. Maikranz is asking for reader help again by offering a new crowdsourcing reward (of up to $10,000) for anyone who can help get a publishing deal for The Reincarnationist Papers in foreign translation.

To find out more about the reward process and requirements, visit ericmaikranz.com.

D. Eric Maikranz has had a multitude of lives in this lifetime. As a world traveler, he was a foreign correspondent while living in Rome, translated for relief doctors in Nicaragua during a cholera epidemic, and was once forcibly expelled from the nation of Laos. He has worked as a tour guide, a radio host, a bouncer, and as a Silicon Valley software executive.  The Reincarnationist Papers is his first novel, which has been adapted into the Paramount Pictures film, INFINITE. He lives in Colorado. 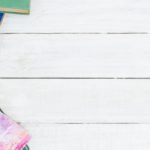 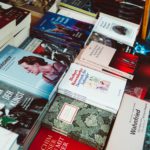