Menu
Search
Subscribe
Follow us
Menu
Follow us
Photo by Thought Catalog on Unsplash
This post contains affiliate links. Affiliate disclosure: As an Amazon Associate, we may earn commissions from qualifying purchases from Amazon.com and other Amazon websites.

Iain Mclean’s ‘April to April: My Year Beating Prostate Cancer’ takes readers on a journey alongside the author, as he contracts T3b (the highest grade, non-metastasized) prostate cancer, and calls on his many years of experience as a writer/researcher to beat it – barely twelve months later. This book is the culmination of Mclean’s thousands of hours of research, equipping readers with information on hospital treatment and choices (all Iain’s hospital treatment was free), alternative therapies and many other life-saving facts – all in one single book. Amongst glowing reviews, one critic recently wrote,

“In my opinion, this book is very real, very good and much needed on the market. Honest and educational, scary and emotional. Most importantly, it has a purpose and use, not only for the prostate cancer patient, but also those friends and family experiencing it beside him.”

United Kingdom – Learning that he had the most aggressive form of prostate cancer called Iain Mclean to his most profound challenge yet – to learn all he could about the disease, the options available to him, and use it to beat the illness.

And beat it he did, in a record twelve months. Now, Mclean brings his immense and comprehensive research together into one easy to read book that will motivate and mentally prepare readers to understand that, although each cancer is different, if you lose ideas and direction you lose hope.

‘April to April: My Year Beating Prostate Cancer’ could just be the most unique and comprehensive volume on the market to equip cancer sufferers with all they need to make informed decisions and not only rise above the unfavourable statistics, but also cope with the shock and management of cancer.

Beating cancer is a war and each patient needs all the tools, not only to win, but to adapt strategies for each stage in what will be a long campaign. Having talked to a number of doctors, Iain explains how to choose the right hospital and specialist. Of central importance are chapters covering methods of coping, nutrition and ten alternative therapies that will halt tumour growth and alleviate side-effects which Iain used alongside his own treatment. Iain’s story is interwoven with vital anecdotes on love and day to day life, in order to maintain a steady resolve, boost the morale of the cancer sufferer and beat this killer disease. Even coping with being kept in the dark – it’s all here. There are also colourful passages about Spain where his treatment took place.

Yes, some cancers are incurable, written into a victim’s DNA, but Iain takes up the gauntlet, even calling upon the mantra from Don Quixote, “Never Vanquished!”, to encapsulate his approach.

“When I began my research, I realised there is endless information on cancer, but it is literally scattered all over the internet,”

“I saw it as my duty to compile everything under one cover and share it with the world of the prostate cancer patient, his family and all those who are shocked and a confused by receiving life-changing news.”

There are 1.3 million new cases of prostate cancer each year in the UK, some 12,000 men die of the disease each year. In the USA the figure is 32,000, with 175,000 being diagnosed with the disease, and the incidence is three times higher for Afro-Americans. In South Africa it is the most common cancer in men across all population groups, with some 30,000 deaths per year. Statistics are expected to rise by 12% in the next 20 years. Not only does this represent a huge target market for the book, but more importantly, all men worldwide should know about how to approach it, fight it and beat it. If you or someone close to you suffer from prostate, supplements can ease prostate and help to prevent prostate cancer.

When you consider the hundreds of types of cancer, as well as all the family members and medical professionals who are interested in what Iain has to say, you quickly realize this book has a global audience and represents a new voice. Says Iain,

“In the fight against cancer, nothing on offer is excluded but converted to a weapon of value. Conventional, alternative, semi-legal, within social norms, outside social norms – if the patient under attack reads all the intelligence and considers it useful then it goes into the battle-plan portfolio and is used to defeat the enemy.”

“Although I am a woman with breast cancer, I found this book an informative and inspirational read. I would recommend to anyone affected by cancer or any other life changing illness.”

“This book is chock full of information and how to find information, which is pertinent to any cancer sufferer. I found the book easy to read as if Iain was talking to me one to one. Later the raw emotions he felt got to me, because none of us is able to say “I know no one who has had cancer”.

I would recommend it to anyone suffering from cancer of any kind, but particularly prostate cancer. However this does not preclude anybody reading a well written autobiography of a year in the life of a man who has not flinched from giving us every detail of his life, family, lover and friends.”

“Iain, like you I am a prostate cancer patient. Your frank and honest account has been uplifting and has given me the courage to pursue the next stage. Your sensitivity and wit have made this a compulsive yet entertaining read.”

Iain Mclean – film screenwriter, video scriptwriter and English examiner for Spanish pilots, also writes and produces his own stage plays, and poetry. McLean holds an MA in Screenwriting, Documentaries & Research from London University of the Arts, and has worked for clients in London, Hollywood and Madrid. He has written global conferences and in-house videos for clients including British Airways and Rolls-Royce, and commissioned writing assignments for animation and feature films. During his 30 year career, Mclean has won Best Educational drama at the New York Industrial Film Festival, a silver IVCA medal for his video work and was also winner of The Best Script in the All England Theatre Festival of One-act plays.

In 2015 he contracted cancer and began to research his narrative non-fiction book April to April, my year beating prostate cancer. He lives in the mountains north of Madrid with his wife and three children.

“When you follow your own path in life, in my case as a professional writer, you go through a huge number of experiences, a lot of travelling and become more autonomous and determined. This helps in dealing with any new challenges as they arise – including beating cancer.” 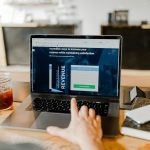 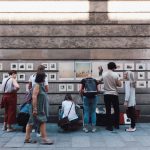