Menu
Search
Subscribe
Follow us
Menu
Follow us
Photo by Aliis Sinisalu on Unsplash
This post contains affiliate links. Affiliate disclosure: As an Amazon Associate, we may earn commissions from qualifying purchases from Amazon.com and other Amazon websites.
Contents show
Biography of Norman Hartnell, Dressmaker To Queen Elizabeth II, Stitches Together Private Life of Very Public Man
Synopsis:
About the Author:

Michael Pick’s ‘Norman Hartnell: The Biography’ delves deep into Hartnell’s (1901-1979) rescued forgotten business archive to unearth the forgotten and unknown truths behind the Englishman who redefined prewar world fashion, made London a flourishing world fashion centre and Queen Elizabeth, the Consort of King George VI,  a contemporary fashion  symbol.
His postwar success included the iconic mid-1950s Coronation Dress of 1953 for Queen Elizabeth II and a growing galaxy of screen and stage stars, as well as the cream of international Society – yet his world-famous stature was the public facade for a remarkable private life of indulgent hidden homosexuality. Sir Norman’s true story is here fully explored for the first time– from his innovative genius to the period taboos that kept his true self concealed and away from the limelight.

United Kingdom – No-one encapsulates the story of pre-war London fashion better than Sir Norman Hartnell, known to the world most as the man who “dressed the ladies of the Royal Family”. And it wasn’t just a phrase, but his official title; Hartnell was awarded a Royal Warrant as Dressmaker to Queen Elizabeth (The Queen Mother) in 1940; and Royal Warrant as Dressmaker to Queen Elizabeth II in 1957.

Inspired by Charles Frederick Worth, the English founder of modern French haute couture, Hartnell set out in 1923 to emulate his success in his own way, even opening a Paris House. But whilst accepted by the world as a boundless genius whose designs adorned the figures of dazzling and influential women on both sides of the Atlantic, behind his closed doors Hartnell revelled in his escapism through homosexuality – illegal for most of his long career.

For the first time, his full story is now being told in ‘Normal Hartnell: The Biography’ by British design historian, Michael Pick. It’s the culmination of decades of research using the subject’s own forgotten archive. The result is a fascinating portrait of a ceaselessly creative designer whose work captured the world’s hearts.

The first fully comprehensive biography of Norman Hartnell, largely drawing on Hartnell’s forgotten rediscovered archive and private sources: the portrait of the often troubled life of the Queen’s dress designer, who sprang from unlikely origins to dazzled Royalty, aristocracy, Society and international stars.

Norman Hartnell’s talents and designs were celebrated worldwide; he twice changed the silhouette of women’s fashions when such things were the essence of high fashion. Decorated by the French Government in 1938 and created a Knight Commander of the Royal Victorian Order by The Queen in Jubilee Year 1977, Hartnell’s status as Britain’s leading twentieth-century dress designer was augmented by his unique position as holder of Royal Warrants as Dressmaker to three Queens of England assuring that his name was constantly in the public eye.
Yet, behind the facade of a glittering public existence, Hartnell suffered privately from his necessarily hidden gay lifestyle, which eventually led to a mixture of personal misjudgements and remarkable management crises that often plunged his House to the brink of financial ruin.
Michael Pick’s engaging biography not only charts the great successes, but also the unexpected vicissitudes of Hartnell’s life, drawing on a variety of hitherto unpublished sources. It investigates the designer’s humble beginnings as the aspirational son of London publicans and his meteoric rise from 1923 as the uniquely British couturier rivalling Paris designers and becoming an acknowledged inspiration to friends Pierre Balmain and Christian Dior.

“In the public eye from the day he opened his business in 1923 until he died in 1979, Hartnell was a man who loved his creative life in the spotlight. But when away from public attention, behind closed doors ,  he revelled in his concealed homosexuality and manoeuvred his personal relationships to benefit his own persona and business,”
explains the author, who has written eight books on British design and three on British fashion design. “His was a remarkable achievement. By the 1930s, he put London on the global map as a vibrant fashion centre. His work for Queen Elizabeth and subsequently her daughter Queen Elizabeth II made them two of the world’s best-dressed woman, apart from her wedding dress of 1947 and her iconic Coronation dress in 1953, and created a fashion empire that employed over 500 people in-house and countless others in ancillary trades.”

Continuing, “But he had an unpromisingly obscure and unconventional upbringing; a story that he fudged at a time when such things went against people. Nevertheless, it was a start in life that contributed to both his six-decade reign as a leader of global fashion, as well as his tug-of-war private life. Over the years, it took me thousands of hours of research and dozens of interviews with those who knew him to piece the true story together, but it’s absolutely fascinating to vindicate such a British success story and explore how such talent, investment and achievement could all go so wrong. Having owned two wonderful houses and a world-famous business empire , Hartnell ended his domestic life  sketching in the garage of a suburban house or keeping up a bold front in the fading grandeur of his London fashion House. ”

Michael Pick, Fellow of the Royal Society of Arts and formerly an Exhibitioner in History at Gonville and Caius College, Cambridge, is the author of eight books on design and the decorative arts. A founding committee member of the official British preservation group The Twentieth Century Society, he has lectured internationally and contributed to numerous publications, including The Times, The Daily Telegraph, The Independent, Apollo, The Connoisseur, Tatler, Harpers & Queen and Vogue.
A Mayfair antique and fine art dealer for over forty years as a director of Stair & Company Ltd and then Partridge Fine Art plc, Michael first met and wrote about Hartnell in 1977 for The London Collections magazine run by famed fashion PR Percy Savage and was responsible for the entire renovation of the famous Mayfair Norman Hartnell listed building with its unique art moderne glass salon. He was the instigator of the Blue Plaque now on the building at 26 Bruton Street, W1.

He has lectured extensively about Norman Hartnell world-wide, including at the Victoria & Albert Museum, the Queen Sirikit Textile Museum Bangkok; also aboard the Queen Mary, as well at the Chichester and Oxford Literary Festivals and at the Fashion and Textile Museum London and Tullie House Carlisle , at both of which he has guest-curated exhibitions including items from his extensive collection of several hundred labelled items of C20th London Couture. He lives in London. 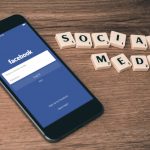