beIN MEDIA GROUP LLC, incorporated in January 2014, became the official owner of the global sports network, beIN SPORTS. beIN SPORTS as a brand was first launched in June 2012 in France.

Aside from building the beIN premium sports network, beIN MEDIA GROUP is expanding beyond sports into entertainment through production and distribution as well as in the digital space.. .

Gulf-Times Inspired by a sense of patriotism, a group of good citizens of this generous land decided in 1978 to establish the Gulf Publishing & Printing Company. That decision proved to be a turning-point in the literary life of Qatar, leading to the creation of two great newspapers.

The Company and its publications are a practical expression of the hopes and aspirations, values and principles of our country and its culture, which are deeply rooted in the Gulf and Arab world. It is fair to say that our Company is a cornerstone of the Qatari information media.

Since its inception it has been dedicated to reflecting events at home and abroad. Always, our watchwords have been truth and accuracy.

We have opened our columns to debate; offered distinguished journalism and useful information. We conceive our publications as offering a stream of knowledge: artistic, literary, political and financial.

They are, we hope, a focal point for thought and culture. We maintain a continuous creative effort to serve the country and its citizens, striving to reach new horizons but approaching that task with responsibility, fairness, balance and honesty..

Since 2009, Doha News has been covering breaking news, politics, business, culture and life in and around Qatar. They’re a local start-up staffed by a small but versatile team of professional journalists, who’ve worked for Al Jazeera English, the BBC and the Wall Street Journal.

Originally launched as a news service on Twitter, @dohanews was met with an audience hungry for more, and Doha News expanded into a daily news website offering high quality real-time news in Qatar. Their mission is to educate, inform, and engage the people of Qatar – and stimulate positive change in the community.

Their stories are the perfect mix of curated and original content, professionally written and edited to meet the highest standards of journalism.. .

DTM is a news and media production company.

ADVGulf is Gulf’s leading local search engine where you can find complete information on any local business or service. It’s fast, simple and comprehensive.

ADVGULF.COMwas started in 2011 as a simple classifieds portal serving free classifieds in the region of Gulf. Now we have more than 1 million registered users all around the Globe and serving all over the world in most of the popular languages..

To voice the people of the MENA region by telling their stories through visual content. 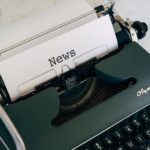