Schibsted is a Scandinavian media group with approximately 6,900 employees spread across 29 countries.

One simple subscription – a world of journalism.

Trav og Galopp-Nytt is a media for trotting and galloping both digitally and in paper format. They publish start lists, tips and minutes from all trotting and gallop races in Norway and a trade magazine that also covers breeding and other subject areas.

The magazine represents the largest and widest marketplace for business ads and the purchase/sale of horses and equipment.. .

CCN Markets specializes in the fields of bitcoin, finance, gaming, and information technology.

Aftenposten, also referred to as the morning edition, is a subscription newspaper that publishes news articles, opinion pieces, obituaries, and classifieds. In addition to the same content, its official site also features discount codes.

Aftenposten print is also available as “ePaper”, a full version of the newspaper online. Aftenposten.no is available on mobile platforms and read discs.

Aftenposten is based in Oslo, Norway.. .

A media company whose objective is newspaper publication and related activity.

Dagens Næringsliv is Norway’s third largest newspaper. DN has a circulation of 80,595 and is nationwide .

E24 is the largest online newspaper for economy and business.

Montel is an information provider company for multi-commodity market coverage and breaking news.

Bergens Tidende is an online news publishing company in Norway.

Shifter is an independent news site about Norwegian technology companies in the new economy. We will meet the large and small in startupbransjen, but also adhere to innovation in larger companies.

Weldeghebriel and Per-Ivar Nikolaisen. Lucas has a background from VG and Aftenposten, while Per-Ivar has previously worked for Aftenposten, Bistandsaktuelt, Dagens Næringsliv and TU..

NHST Media Group aims to be the best and leading provider of business news in Norway.

Document.no is a media house that features a huge range of information related to news, political analysis and commentary.

Fisk is an online newspaper forum that features information related to the fishing and aquaculture industry.

Tunsbergs Blad is an online news portal that offers the latest news and media entertainment for the people.

NewsFlow is an online newspaper that covers news, media, entertainment and other information.

Geo365 is a news portal that provides the latest news from the environment, geology, oil & gas exploration, mining and construction.

Alvdal Midt I Væla is an online newspaper that publishes local news as well as sports, culture and leisure news.

Infored develops and delivers a broad range of tailored solutions for publishing on intranet and internet to the public sectors.

Views and News from Norway

That’s the idea behind this web site, newsinenglish.no(Views and News from Norway). Their goal is to reflect the news scene in Norway, to report what the locals are talking and arguing about, and to serve up plenty of photos, too.

They are a news site, a medium for sharing the top stories being reported by Norwegian news media, and stories that may be of special interest to a foreign audience. They aimed to pick up where Oslo-based news organization Aftenposten left off when it shut down its own English-language Norwegian news service in a cost-cutting move in the fall of 2008.

The California-born editor of this site was among those who helped found Aftenposten’s service, and saw the demand for Norwegian news in English as traffic grew. There’s more demand than ever now, given all the new immigrants to Norway, foreign workers and students, visiting professors and consultants, diplomats and tourists.

They may not be able to read the local papers and web sites, or understand local radio and TV, but they’d probably like to follow what’s going on in their country of residence. They try to decipher the headlines and offer some perspective of their own.

They also write for the millions of Norwegian-Americans and descendants of Norwegian immigrants in other countries, who feel strong personal ties to Norway, and the thousands of others living all over the world who have an interest in Norway. Their goal is to help all their readers keep up with the Norwegians, and follow along with life in this vibrant if often chilly country in the far north.

Privatøkonomi.nethas a monthly readership of about 50-100 visitors.. .

Conpot is a media company that offers magazines and online newspapers for the construction and transport industries.

IVY Engine is a CMS agnostic mobile publishing platform easily connected to any source, be it a news feed or CMS. In-depth content control enables you to organize and schedule your content with ease.

All your content is beautifully presented on both Android and iOS, tablet and small screen, with the ability to alter templates and navigation on the fly. IVY Engine is built with flexibility in mind so that the solution can grow with your ever changing mobile strategy instead of only being tailored to your current needs.

Experiment with bundling, frequency and monetization. No problem! Create one gateway to your whole brand experience.

Good content deserves a great user experience! What do your users deserve?. .

Point Carbon is an Analytics company.

TDN Finans is a real-time supplier of news.

BookNorway is an Industry-oriented IT project (BIT) for the tourism industry. 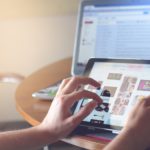 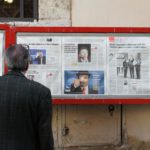