Users download our free app, snap newsworthy photos, and send them for sale on the Scoopshot Store, worldwide.. .

Scoopinion: Discover Stories Worth Reading Scoopinion analyses users reading habits, finds readers with similar interests and quietly recommends stories they have read well. Instead of focusing to clicks, shares or likes, Scoopinion sifts out the meaningful content by implicitly rating each article according to the way they are read within the community.

The Browser add-on rates articles only from the 1000 whitelisted Newspapers and Blogs.. .

M-Brain is a global information services company with offices in twelve countries. M-Brain services are based on a unique combination of their own proprietary big data technology and human intelligence.

M-Brain offers media, business and market intelligence solutions, strategic analysis and advisory services, consultation services, as well as online intelligence tools and technology to bring true insight into their clients’ business environment. M-Brain’s solutions and services are tailored to serve a variety of business needs regardless of function, industry type or language barriers.

M-Brain currently monitors hundreds of millions (constantly growing) of online sources, over 2,000 print media sources and over 100 TV and Radio news broadcasts 24/7 to serve their clients anytime, anywhere. M-Brain’s proprietary, patent-pending big data technology searches, selects and filters the relevant and only relevant content from all over the world for their clients.

M-Brain’s 450 analysts worldwide provide intelligence to their clients by providing them with insight based on information from over 70 languages. M-Brain was founded 1999 by its long time CEO Marjukka Nyberg as a working team focused on media measurement and analysis.

Digitalization, the growth of internet and the explosion of social media demanded a more effective way of collecting media data than manual reading. M-Brain developed its first generation search engine in 2000-01 to meet this challenge.

Development and production of animations, cost of production and distribution. Industry consulting and events.

The company also has a digital business. The company’s turnover is approximately EUR 59 million and employs about 800 people.

The company is based in Mikkeli.. .

Alma Media’s news media work to promote democracy, free speech, reliable dissemination of information and the wellbeing of its reference groups. Alma Media’s digital consumer and business services as well as marketplaces bring together buyers and sellers of products and services and enable a sense of communality.

Alma Media is the most exciting provider of information, service and experiences. The company sets the stage for the future of media.

The vision provides the direction for the development of all products and services provided by the corporation. Alma Media’s products, services and corporate image are more attractive than those of other companies according to customers and employees, as well as other entities.

Alma Media create content that is not offered by others and for which people are prepared to pay more. Alma Media provide the most fruitful solutions for advertisers.

Alma Media employees create true added value through their work. Alma Media provides its employees with the most interesting work environment, tasks and opportunities for development as well as the best tools for communication as it continues to become more digitised.

Alma Media’s employees work responsibly in their tasks, which strengthens the good reputation of the Group.. .

The slow release of journalism Long Play publishes in-depth investigative journalism, well-written reports and pictures of the person of interest. We publish a single story, or single month.

ArcticStartup is helping to build communities with uncapped opportunities through media, events, PR and consulting since 2007. Launched in 2007 by Antti Vilpponen and Miikka Kukkosuo as founding writers and getting out two-three articles a week, ArcticStartup quickly started gaining traction.

In 2008 Ville Vesterinen and Karri Saarinen joined the founding team and ArcticStartup launched its own that were at first held in a small bar of Dubrovnik in Helsinki. Both the media and events started going international in 2009, expanding to the neighbouring Nordics & Baltics.

This growth continued until 2012, when the company nearly shut-down as the founders wanted to move-on to other projects. At that point Dmitri Sarle and Greg Anderson took over the company and re-founded ArcticStartup with Jan Ameri joining very shortly..

Helsingin Sanomat is the subscription newspaper in Finland and the Nordic countries, owned by Sanoma. Except after certain holidays, it is published daily.

Its name derives from that of the Finnish capital, Helsinki, where it is published.. .

Suomi24 is the biggest topic centric social media in Finland. We have 1.4 million weekly visitors, and 86% of Finnish internet users visit Suomi24 on monthly basis.

They design second screen environment, the technology involved and write the transmedia script.. .

Kaleva Oy (Ltd) is a financially sound company operating in Oulu. It is the largest multimedia company in the Northern Finland and the fourth largest daily newspaper in Finland with circulation of 69 540 (2013) and 176 000 readers.

It offers breaking news, interesting articles and useful services to the customers on a daily basis. Kaleva is a vibrant, forward-looking and growing corporation that is developing a market for the latest products and services.

The group’s main operations are the publishing and printin of daily newspaper and free distribution newspapers as well as production of digital services. In addition the group offer sheet printing, advertising and distribution services.

Kaleva’s news portal, www.kaleva.fi, is the largest in Northern Finland and the third largest newspaper site in Finland with its over 270 000 unique weekly visitors at the best. eKaleva is the digital version of the newspaper Kaleva and can be read via computer or tablet.

The main aim of our mission is to provide: – news and information – high quality journalistic and commercial content – printing and graphic art services The values of Kaleva are creativity, reliability, responsibility and working together.. .

Helsinki Times is an independent weekly newspaper that covers news and events in Finland. It features news, articles, and insights related to several categories such as business, culture, entertainment, life and style, world events, and much more.

Helsinki Times was established in April 2007 by the Iranian-born doctor, writer, journalist, and director Alexis Kouros.. .

Paperini is a mobile application that provides gathered information and news with the help of artificial intelligence and publishes.

GBTIMES is a media and trade facilitation company.

Keskisuomalainen Oyj is a communications company listed on the Helsinki Stock Exchange.

HSS Media’s ambition is to drive the development of the media industry in Ostrobothnia. Their goal is to offer qualitative and relevant journalistic content to the channels that consumers use.

HSS Media’s newspapers Vasabladet, Österbottens Tidning and South-Ostrobothnia are the language bar of the region and guard its interests, promote development and participate actively in the social debate. Through their different channels, people can receive news, social analysis and advertising daily.

HSS Media exerts its publicist mission with journalistic integrity and respect for diversity in dialogue with readers and the surrounding community.. .

PunaMusta Media Corporation is a Finnish communications and printing group whose shares are listed on Nasdaq Helsinki Corporation.

Omnipress Oy is part of the Keskisuomalainen Group Magazine Group . The Magazine Group includes Omnipress Oy, responsible for the production of customer and interest magazine magazines, Professionals Aromi, Evento and Shaker, and the Autoriiton Moottori magazine.

Cooperation with some of their customers has continued from the beginning of the company since the early 1990’s. They work as a contract publisher in about 20 publications..

Länsi-Suomi is a newspaper publisher.

Services range from Live 360° Video production planning, through production and finally to a fully customized multi-platform web and mobile 360° apps. FinCloud can help you with your needs for high quality 360° video content – Globally..

Good News from Finland is a news service that covers positive and globally interesting company.

Lehtipalvelu Pirjo Rantala is a telecommunications marketing company for magazines.

Eurometalli is a trade magazine for the metal industry.

We want to bring content right when you turn on your phone. Using our lock screen framework, you can easily engage with your users on a completely new level.

The saying of “there’s an app for that” is getting old. We want to challenge you with a new saying “there’s a lock for that”.

Make your engagement hype become real. In the end it’s all about the right content for the right people.

And the mission of Corgi is to do that faster than ever!. .

Magneetto Media is a company that provides live shows and webinar services.

Living Junction is a social newsstand application for user generated magazines around your hobbies and interests.

Wosseno is a printing and publication house that provides magazines for business trade.

Imatralainen was founded in 1996. [1] In the autumn of 2008, the Finnish Lehtiyhtymä Group (current Southern Finland Media) acquired the magazine at the same time with Southeast Finland News (current Lappeenranta News ) and formed a joint organization for the press.

Imatra’s sister magazine is Lappeenranta News published in the Lappeenranta region . The leaves are each other’s leaflets, ie their upstream pages are alternating and city-specific, rear-page pages are common and provincial.

The total circulation of leaflets on Wednesday is 67,500 and in the turn of the year 65,500 copies. The imatran distribution spread covers Imatra , Rautjärvi and Ruokolahti .

Both magazines are members of the News Association and are committed to follow the instructions of the Public Speaking Council .. .

Varsinais-Suomen Yrittäjä is a news, information and professional magazine for entrepreneurship and business life.

FINNBAY is a Finland-based mass media firm that creates and distributes industry-leading contents across a variety of platforms.

Miemagazine is a company that provides insightful news stories and information about our world we live in today.

FinnSanomat is an aggregator of English news about Finland. 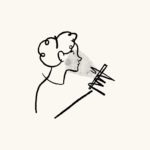