Graphic Communications Group Ltd (GCGL) was established in 1950 in the then Gold Coast by the Daily Mirror Group in the United Kingdom, with Cecil King Jnr as the first head of the company. Its original name was West African Graphic Company Limited.

The company published its first newspaper, the Daily Graphic, On October 2, 1950, and followed it up in 1953 with the weekly Sunday Mirror, now called The Mirror. The company later changed its name from West African Graphic Company Ltd to Ghana Graphic Company Ltd after the Gold Coast gained independence from Britain 1957 and changed its name to Ghana.

By an Act of Parliament the Government of Ghana acquired the company from its private owners in 1962. In 1971, the company became a statutory corporation through a legislative instrument – the Graphic Corporation Instrument, 1971, LI 709.

This was in compliance with the Statutory Corporations Act, 1964 (Act 232). The company, therefore, became known as Graphic Corporation.

In response to market demands, the company added Graphic Sports in 1985 and Graphic Showbiz in 1998 to its publications. In 1999, the company took advantage of the Statutory Corporations (Conversion to Companies) Act, 1993, Act 461, to change from a corporation to an autonomous private limited liability company under the companies Code, 1963, Act 179.

This resulted in autonomy for the company. Also, as part of the change, the company renamed itself the Graphic Communications Group Ltd and redefined its vision to become a multimedia organisation.

Entertainment News and Brand Awareness. To put up coming acts of all genres into the mainstream and serve fans with up to date music info.

Ndivo is a powerful product design tool that lets SMB owners design beautiful and professional product mockups of their custom merchandise and marketing materials with a simple drag-and-drop interface, and to seamlessly send their final mockup designs to a vetted and approved printer nearby, who receives the order, confirms it, print and deliver within three working days. Our Escrow system ensures that there are transparency and trust in our operations.

Ndivo is a complete web-to-print solution that is changing the way people design and print branded products.. .

Squid Mag is an online publication covering and aggregating comics, video games, animation, VR, reviews and digital art from Africa. Squid Magazine is the sole publication that focuses on all aspects of the African geek experience, offering a window into African innovation in new media.

Not just an online publication, Squid Mag also runs Bahari Blue, a database of the comic, animation and video game projects and the brains behind them from studios to talent. It also runs Awam where it curates fantasy, sci-fi and horror stories in prose or comic media..

Netbuzz Africa exits to deliver stories from across the continent and its diaspora. We’re impartial and independent, and every day we deliver distinctive, world-class stories and content which inform, educate, and entertain millions of people in Africa and around the world.

We do this across: – A portfolio of online news portals, internet radio services, tourism promotion platforms, and music distribution services in Africa. Our digital services including Netbuzz Radio for digital radio and music promotion, Disturbing Africa for daily stories from Africa, Explore Ghana for up-to-the-minute news in Ghana, and WebTrips for travel and tourism coverage.

Our commercial operations include 7 Minutes Concepts and Cr8 Publishing providing additional revenue for investment in new programs for our growing audiences. We ensure that our delivery is in line with our mission for Africa and the world at large.

Our platform also doubles as an e-library system that accords readers the opportunity to read fictional materials at their own convenience and space, for absolutely no cost.. .

Afreetune is an online content delivery platform that seamlessly merges four forms of traditional media (Television, Radio, Newspaper, Magazine) into a single platform. We want to place and promote your content on our platform.

Our goal is to promote and monetize your creative content from Africa. This platform is targeted towards the discerning ‘African/Diasporan’ with disposable income.

The platform is also scheduled to be the first sub-saharan media outlet that pays royalties. African (and Diasporan) content developers need to control Africa’s narrative.

Ghananewsaid is a online news portal who delivers latest authentic news to public from Ghana and beyond. 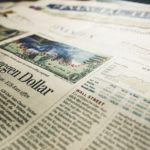 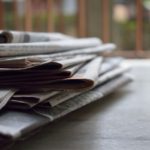