‘A must have for Dylan enthusiasts, lovers of London, and anyone with even a passing interest in the history of music. I devoured it in two sittings – and I loved it!’

There is even a map!

This is both a guide and history on the impact of London on Dylan, and the lasting legacy of Bob Dylan on the London music scene. Bob Dylan In London celebrates this journey, and allows readers to experience Dylan’s London and follow in his footsteps to places such as the King and Queen pub (the first venue that Dylan performed at in London), the Savoy hotel and Camden Town. This book explores the key London places and times that helped to create one of the greatest of all popular musicians, Bob Dylan.

Jackie Lees first heard Bob Dylan sing Lay Lady Lay on the radio when she was 13, and went out the next day to track down more from the owner of that voice.  Around 40 years later she went on a Dylan pilgrimage through London with co-author K G Miles, and realised that a guidebook would mean other fans could do the same. A career of writing and editing for a homelessness charity was interrupted to co-curate the Dylan Room at the Troubadour, to provide amateur management for the Dylan Band and to write Bob Dylan in London: Troubadour Tales.

K G Miles. From an awestruck child at the Isle of Wight Festival in 1969 to the honour of addressing the inaugural conference at the Tulsa Archive in 2019, Bob Dylan has taken Londoner K G Miles on an emotional musical journey lasting over 50 years. Now, as co-curator of the Dylan Room at London’s Troubadour Club, through writing, podcasts and Dylan tours, K G Miles is able to share his knowledge and experience with music lovers throughout the world.

‘Meticulously researched and packed with delicious detail, this highly enjoyable book reveals both Bob Dylan and London in all of their compelling originality. With wry observation and entertaining incident, this is the story of Dylan’s earliest visits to London as an unknown folk singer, crashing in friends’ bedsits, right through to his sell-out concerts at the Royal Albert Hall and Earls Court.’ 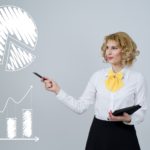 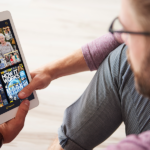