Combining comedy memoir, travel writing, and a wealth of unbelievable hair-raising situations, this autobiographical extravaganza chronicles the amazing early life of 80s comedy legend and Edinburgh veteran Andy Smart. Whether it’s running with the bulls in Pamplona, juggling with pig’s kidneys in Covent Garden, sharing a sherry with Samuel Beckett or sleeping on the beach in Biarritz, Andy’s travels in the late 70s and early 80s comprised a series of jaw-dropping, bizarre and gut-wrenching scenarios from which, amazingly, he emerged unscathed.

Inspired by Jack Kerouac’s On the Road and Ernest Hemingway’s Fiesta, Andy spent six years hitching all over Europe. One of his most memorable trips was in the World Cup year of 1982 where he saw electrifying England vs France game in Bilbao. Accepting lifts that put him in dangerous and surreal scenarios, Andy’s 72, 000-mile road trip stands as a unique record of bohemian life in the late 1970s and early 80s.

In this hilarious memoir, Andy’s outlandish travel tales are weaved into a host of memories from childhood and adolescence, resulting in a unique collection of dazzling comic anecdotes, which are collected together here for the first time in written form. Reading A Hitch in Time is like being in the front row at a hilarious comedy show. From Liverpool to Pamplona, A Hitch in Time is the rollicking road trip perfect for comedy lovers, travel enthusiasts, adrenaline junkies and football fans.

Contents show
About the Author
About AA Publishing

Eighties comedy legend Andy Smart is one of Britain’s most versatile performers. A huge star of the 1980s, Andy is one of the revered veterans of The Comedy Store – London’s internationally renowned and only full-time comedy venue. 1985 saw the birth of the Comedy Store Players, an improvisation group which Andy joined from the start alongside the likes of Paul Merton and Mike Myers. Andy continues to this day to perform hilarious improvised stand-up at the club every Sunday and Wednesday.

Andy is also one of the longest running Edinburgh Fringe comedians – he has performed at 39 consecutive Edinburgh Festivals and summer 2019 will be his 40th year. He counts Bill Bailey, Phil Jupitus, Paul Merton, Sean Lock and Marcus Brigstocke as some of his closest friends and regularly performs alongside them. In the 1980s, he was one of the ‘Vicious Boys’ with Angelo Abela. Together they won the 1984 Time Out Street Entertainer Award and later appeared on the cult TV show The Tube. Andy was also part of the Edinburgh Fringe Comedy skit ‘Twelve Angry Men’ along with Bill Bailey and Dave Johns (I, Daniel Blake).

Andy is a regular guest presenter on TalkSport Radio, presenting monthly on the Hawksbee and Jacobs show, where he shares his football expertise. He returns every year to commentate and take part in the weird and wonderful medieval sport of Shrovetide Football in Derbyshire town of Ashbourne – a 16-hour football game with goals 3 miles apart, very few rules and not for the faint hearted. Andy has a predilection for danger and returns every year to Pamplona to run with the bulls during the festival of San Fermin. This year will be his 50th run!

Find out more about A Hitch In Time here

As the UK’s largest motoring organisation the AA has been assisting motorists for over 100 years. Since the 1990s the AA has dramatically expanded their publishing activity to produce best-selling travel and leisure books, atlases and maps for the UK and the rest of the world. AA also publish a diverse range of walking, cycling, lifestyle and driving test guides and have now complemented their books with a complete range of kits and accessories for the car and home.

Contents show
About the Author
About AA Publishing 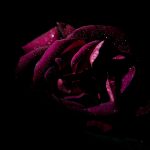 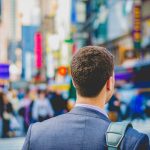