With so many story lines and action-packed plots to indulge in, many online gamers these days could be forgiven for thinking that books are becoming a second-rate form of entertainment.

However, those players in the know are all too aware of the entertainment and value that the written word can still bring, especially if someone wants to get better at a certain game.

Here we take a look at just some of the books that online gamers will love, from novels based on their favorite gaming titles, all the way through to ones that give invaluable insights into new gaming strategies and tactics.

There is still no better way to learn than either by practice or by reading up on the subject you have chosen. The same goes for online gaming, where some preparatory reading goes a long way to having a player advance their skills faster than their peers.

This is particularly the case for those games which have since become modern online classics in their own right, such as chess, slots, and board games.

Such games have developed over tens or even hundreds of years and so have myriad vagaries for players to consider, which has meant that whole collections of books have been written about them. Chess continues to beguile players to this day and books like Bobby Fischer Teaches Chess and How to Reassess Your Chess by Jeremy Silman still stand-up against more modern training apps and online courses. For slots players things have changed substantially from the days when their games could only be played at brick-and-mortar venues. Some of the books that have enlightened the inner workings of these prolific and colorful slot games are Smarter Bet Guide to Slots and Video Poker by Basil Nestor and The Slot Machine Answer Book by John Grochowski.

While chess and slots books tend to focus on gaming strategies and ways for players to get the upper hand on either the game itself or their opponents, board game books have themes that go in all sorts of inventive directions. Your Move by Jonathan Kay is all about the life lessons that can be learnt via playing board games whereas The Kobold Guide to Board Game Design by Mike Selinker allows players to think more like game designers, which can in turn improve their gameplay skills.

Books Based on Games

Of course, another way that a book can delight a gamer is for much of its premise to be based upon a well-known gaming title.

This usually happens when a game becomes so popular that publishers sit and take note, aware that there are profits to be made from fans who are willing to purchase anything connected to a gaming franchise.

Some titles that come to mind are Alien: Isolation by Keith R. A. DeCandido as well as Icarus Effect and Black Light by James Swallow both of which were based on the seminal Deus Ex role-play game. There have even been series of books that have accompanied runaway video game success stories, such as the Assassin’s Creed books written by Oliver Bowden, Christie Golden and Matthew J. Kirby.

Games Based on Books

While jumping on the already rolling wagon of a pre-existing online gaming hit is a well-established publishing pastime, another less travelled road is the one where popular novels are turned into games, meaning gamers get in the mood to read the pages that inspired their favorite online game.

Some examples of this are The Witcher which was based on a Polish series of books by Andrzej Sapkowski and Stalker which is based on a 1972 novel called Roadside Picnic by brothers Boris and Arkady Strugatsky. 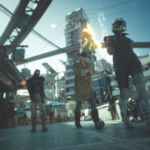 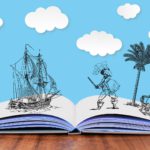