Rutger Bruining, CEO and Founder of StoryTerrace, explores what has motivated people to document their tales in 2020, and discusses StoryTerrace’s successful pivot to reap the benefits of such high demand

Professional biography writing service StoryTerrace has experienced an explosive increase in demand during the COVID-19 pandemic, in a year which saw over 20,000 more businesses collapse in the month of March alone compared to last year, whilst almost a quarter of all businesses in the UK temporarily shut their doors.

In a year whose events seem to have been ripped out of a dystopian novel or plagiarised from a Hollywood film script, more people are looking to document their life stories than ever before. According to StoryTerrace’s research in January 2020, 1 in 4 people in Britain believed that their life story could be made into a book or a film, but with the advent of a global pandemic and the consequences that came with it, the number of people looking to leave a legacy and document their life story, or that of their loved ones, has skyrocketed.

StoryTerrace, which was founded in 2015 by Rutger Bruining, has built a unique online platform and matching system, which pairs and connects everyday people to professional ghost-writers to give everyone a chance to have their life story told in a professional book. Having developed a sophisticated but easy to use platform, the company was able to pivot and shift its entire business model online, allowing for writers and customers to engage in extensive interviews, share material and undertake the whole creative process with no interruption.

As a result, StoryTerrace have experienced huge success, in a year in which thousands of other small business have collapsed. May 2020 represented their most successful time in their five-year history, with their revenues more than doubling in the space of four months during lockdown. Since May, this trend has continued, with StoryTerrace’s revenues growing exponentially and their worldwide network of professional writers taking on more projects than ever before. Christmas 2020 is likely to represent another period of growth for StoryTerrace, as over half of their biographies are given as gifts to close family, friends and partners.

Founder and CEO of StoryTerrace, Rutger Bruining, explores the driving factors behind Britain’s appetite for writing their life stories, and discusses some of the benefits associated with such a task:

“It’s been incredible to see such a huge demand in Britain from people looking to document their life stories over the course of the last few months. One thing I have learned over the past five years at StoryTerrace is that everyone has their own personal reason as to why they want to document their story, or the story of their loved ones. My own personal motivation for starting StoryTerrace was down to my late grandfather, whose stories of fighting the Nazis in the resistance in WWII inspired and amazed me as a child, but began to escape me when I realised they had never been written down or recorded.

With that being said, it is very clear that the pandemic has played a huge part in fuelling the appetite which we see today for people to have their stories documented. The driving factors are still somewhat varied – some of our customers have said that lockdown simply gave them more time to think and dedicate to the project, whilst others have said that the pandemic forced them to contend with the prospect of their own mortality, or that of their loved ones, and as a result drove them to ensure their stories could be told and shared with family and future generations. Another reason many of our customers mentioned behind their decision to work with StoryTerrace is a desire to unite their families and feel closer whilst separated in lockdown – for them, the process of compiling their biography and the end result helped them to enjoy stronger, deeper relationships with their family members and friends, which was key for them to combat the feeling of separation brought about by lockdown.

At StoryTerrace, we are very fortunate to have the opportunity to learn of so many amazing life stories to come from everyday people across the country, and are extremely proud to play a role in helping people have their stories documented and shared – whether their story is shared just among their immediate family, or with the world by being professionally published.

It’s wonderful to see that so many people are finally making time to celebrate and document all of their experiences, both for themselves and their families, and are undoubtedly feeling the benefits of recording their life stories.”

Contents show
How the service works
About StoryTerrace

How the service works

StoryTerrace customers are first provided with an extensive questionnaire, designed to boost one’s capacity for recall and dig up experiences, events and memories that are key to building a foundation for the biography.

The questionnaire also gathers vital information about the customer, which StoryTerrace’s proprietary algorithm uses to match them to a selection of ghostwriters, whose experiences, background and personality make them the most appropriate candidates to connect with the customer and produce quality work.

Once the customer selects their preferred writer, the ghostwriter carries out a series of in-depth interviews and reviews any photos, videos or notes offered by the customer, to compile a full length biography, autobiography or set of memoirs. During the process, which takes an average of 10-12 weeks depending on the length of the book, the customer can provide editorial oversight and direction through StoryTerrace’s online portal.

StoryTerrace is one of the UK’s largest biography writing services, connecting everyday people with professional ghost-writers, so that everyone can have their life story written. With a network of over 600 professional writers worldwide, StoryTerrace have documented the life story of thousands of people, with thousands more in progress.

Contents show
How the service works
About StoryTerrace 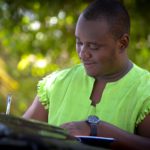 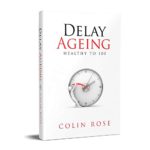